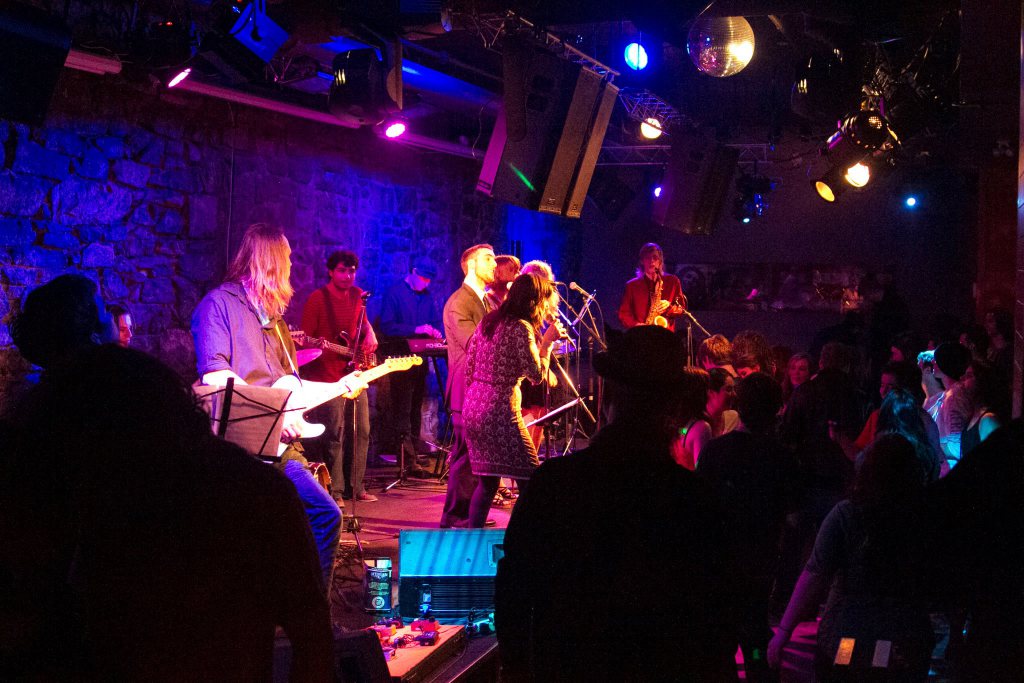 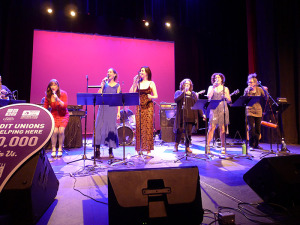 Nelson CARES recently launched its three-year capital fundraising project Room to Live with a concert at the Capitol Theatre. The event raised $16,000 that will go towards extensive renovations and safety upgrades for Ward Street Place. — Image Credit: Submitted Photo

After hosting a sold-out show at the Capitol Theatre this month, Nelson CARES Society is embarking on the remainder of its three-year Room to Live capital fundraising campaign.

“That was our coming out party,” said campaign coordinator Lisa McGeady, noting the event raised $16,000 through donations, ticket sales and a silent auction.

The Room to Live campaign aims to restore the 100-year-old Ward Street Place, one of the few buildings offering affordable housing in Nelson. The project picked up urgency when the Kerr building across the street burned down on January 6, 2011.

McGeady said the funds will go towards extensive renovations and safety upgrades in the units, common areas and hallways.

Board chair Ron Little said he’s enthusiastic about their prospects.

“We have been gathering momentum to launch this community capital campaign for over two years. Our goal is $690,000 and I know we can make it.”

“There was one of those really special stage moments where all six of us singers were singing the tagline ‘you’ve got a friend’ and everyone leapt to their feet. They were singing and clapping,” she said.

“I felt very honoured to be able to do my small part to channel this enthusiasm and positivity.”

Musician Clinton Swanson was similarly thrilled with how the night went.

“A lot of the time when you play music its very industry-based, and sometimes we forget the power music has. It really emphasized for me the power of music and the role it plays in our lives,” he said.

During the evening Nelson CARES was presented with donations from the Nelson and District Credit Union, Nelson-Creston MLA Michelle Mungall and her husband Zak Matieschyn.

“We both know from our work and our personal lives that housing is critical to the good health of individuals and the community. Making a significant contribution to Room to Live ensures that people in our community have the home they need,” said Mungall.

Outgoing mayor John Dooley challenged the audience to dig deep into their pockets. “If we can raise $1,000,000 for a CT scanner, we can raise this for affordable housing,” he said.

Nelson CARES said it’s been overwhelmed by the community’s support.

“We have the support of all the emergency services, who understand the value of our work in the community,” said former committee chair Michael Dailly, who recently was elected to Nelson city council.

“We need everyone on board to make this dream of ours come true, and this was a fantastic first step.”

The next event Nelson CARES will be holding is the Coldest Night of the Year on Saturday, February 21.

This national event challenges communities to talk a walk together on the coldest night of the year to help encourage empathy towards those who struggle with homelessness and affordable housing.